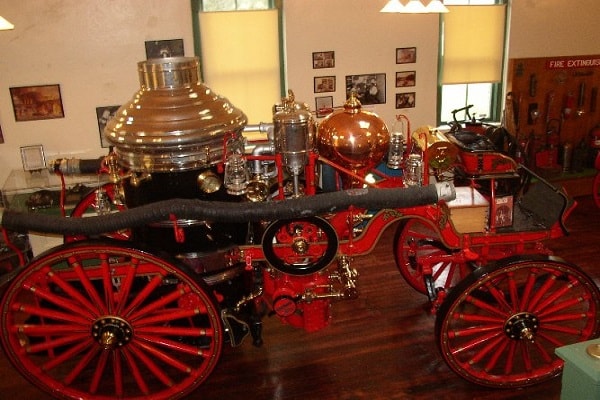 The Jacksonville Fire Museum in Jacksonville, Florida serves as a link for past and present fire history for Jacksonville. The museum also serves as the State of Florida Fire Museum. Exhibits include photos and information about the Great Fire of 1901, a fully restored 1902 American LaFrance horse-drawn fire engine (pictured) and a working 1926 American LaFrance fire engine. The museum was destroyed during the Great Fire of 1901 in Jacksonville on May 3, 1901. In 1973, Fire Station No. 3 was placed on the National Registry of Historical Monuments. The building was declared unstable in 1993 and a restoration project began. More than a century later, the Fire Museum is now adjacent to Metropolitan Park and is home to an incredible variety of exhibits and artifacts that depict the evolution of our city's fire service from its beginnings in the 1850s to the introduction of motorized vehicles in the 1920s, to the creation of our Rescue Division in the 1960s and to the establishment of JFRD's Hazardous Materials team in the 1970s and beyond.